The Moving Broward Plan is a compilation of projects and programs contained in both the Broward County Metropolitan Planning Organization's Long Range Transportation Plan and the Broward County Transit Investment Plan-so we started with some clearly identified and universally acknowledged needs. But, it is much more!

The Moving Broward Plan details phasing, prioritization and partnership. It lays out specific bus headway (frequency) improvements; where and when planning and implementation of Express and Limited Stop type service will be instituted; the time frame for the planning and implementation of Bus Rapid Transit and Light Rail Transit and the corridors where those services will be introduced; and the financial plan to support both the capital and operating costs of all of these programs.

The Moving Broward Plan also addresses the special needs our paratransit riders have and how our doubling of the budget in this area will lead to the improved service quality that we know is necessary, and that we are obligated
and responsible to provide.

The Moving Broward Plan details the partnership between the County and its Municipal colleagues, with a direct distribution of 10 percent of the sales tax revenues to each city for use at their discretion on transit and transportation related projects and services.

The Moving Broward Plan addresses the opportunity for regional cooperation; setting the stage for an inter-county transit system, where political boundaries are seamless and commuters get to where they need to go on time and unencumbered by who is running the system.

Lastly, the Moving Broward Plan provides the dedicated funding source for regional transit and transportation projects to leverage state and federal monies, and provides a dedicated revenue stream for municipalities to leverage for the acceleration of their priority projects. Timing is of the essence in order to qualify for these funds. If we do not demonstrate a dedicated funding source by the beginning of 2007, we will miss out on having Broward County included in the next federal funding authorization legislation as it is developed for distribution beginning in 2010, and will have to instead wait until the next round of funding decisions in 2016-a wait we simply cannot afford! 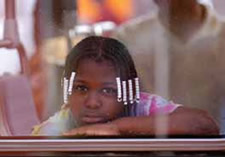 Essentially, the Moving Broward Plan is the blueprint for our transit and transportation future. It is specific to the point of accountability that projects identified will be completed yet sufficiently flexible to make adjustments as circumstances and demographics realign. We have given the Broward County Commission exactly what it envisioned when it astutely identified transportation as their Number 1 Priority and we look forward to presenting this plan to them for their review, and ultimately their vote to place this issue on the November 2006 ballot.

Benefits to the Cities

The Cities will receive benefits in several ways:

The Cities will have the discretion to spend their 10 percent on any transit and/or transportationrelated improvement of their choosing in their community. Some of the projects that the Cities can allocate their funds toward include:

The Cities will also be able to use their 10 percent allocation to retire debt used to fund eligible transportation projects.The table that follows lists the direct distribution that will be allocated to each City. A more detailed listing of the specific projects that will be within each City, or will affect each City, will be appear in the Plan once the input from the communities has been received. As shown in the table, each City will receive an annual distribution of 10 percent from the total revenues generated. All municipal allocations will be made by formula based on annual population estimates provided by Bureau of Business and Economic Research (BBER) of the University of Florida. It should be noted that no allocation was made to the unincorporated portions of the County as it was assumed that these areas would be annexed into adjacent Cities before the implementation of the Moving Broward Plan.

The total cost of the Moving Broward Plan through the year 2030 will be $12.6 billion, which includes all of the Capital costs for the Plan's implementation (construction of major projects and purchase of new equipment) as well as the operating costs of the expanded transit system through the period The discussion which follows, and the charts below illustrate the costs for the various system components, and the sources of funding including how the proceeds from the penny sales tax will be spent. 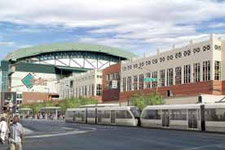 The Moving Broward Plan will feature a number of major capital improvements between now and 2030, as described in the "Overview of the Initiative and Moving Broward Plan" section of this Plan. The costs listed below and illustrated on the Chart represent total capital costs of $5.46 billion for the period 2007-2030 in constant dollars (2005-06) and includes funding of these program components from federal and state formula programs as well as the penny tax and other county sources:

The Moving Broward Plan proposes that ten percent of the penny sales tax proceeds be distributed directly to the Cities for discretionary transit and/or transportation related improvements for their specific community. Funding
allocations will be based on population. In the first year, the allocation to the cities will be $26 million. An estimated $859 million will be allocated to the Cities by 2030. Should the Cities elect to leverage these funds through bonding, over $400 million per year could be available to fund local transportation projects.

By 2030, annual transit operating costs will grow considerably as a result of the increased services to be provided. It will take an estimated $7.1 billion to operate all the existing and new transit services programmed. The County's budget in 2005-2006 was about $100 million - with about 20 percent of these operating funds coming from passenger fares and the rest from County General funds, Local Option Gas taxes and dedicated state and Federal grants for transit. The Moving Broward Plan will include the following:

Funding for implementation of the Moving Broward Plan will come from several sources: